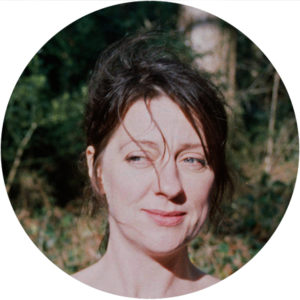 Jane Grant is an artist and academic. Her collaborative has resulted in award winning projects including, The Fragmented Orchestra with John Matthias and Nick Ryan which was winner of the PRSF New Music Award, 2008 and received an Honorary Mention at Prix Ars Electronica 2009. The Fragmented Orchestra was exhibited at FACT and 23 sites across the UK. Jane was the PI on an AHRC grant, ‘Threshold, Merging the human voice with neurological time patterns,’. Her recent work includes Soft Moon and Leaving Earth; both films draw upon astrophysics and science fiction.

Her sonic artwork Ghost was premiered at ISEA Istanbul 2011. In this work the temporal, topological networks and pathways of the cortex are explored in conjunction brain hallucination or ‘sonic ghosts’. Plasticity, a collaborative work with John Matthias, Kin and Nick Ryan was recently exhibited at the BFI as part of the onedotzero festival, Google Campus London and HWK, Institute for Advanced Study in Germany. Jane is currently working on Heliosphere, a large-scale project about the ionosphere as the interface between the Earth and the Sun, a multi-screen film, Orbital about the interaction of the atmosphere of the Earth and its influence in looking into space.

Jane runs the NeuroArts conferences with co-director John Matthias, these symposia have taken place at ISEA Istanbul, ISEA Sydney, and Plymouth University. She is leader of two projects including ‘Participatory artistic interaction in a mobile neural field’
in the Marie Curie ITN project ‘CogNovo’, PI Sue Denham, at Plymouth University.
Jane writes about noise, science and art and the mutability of matter.

Jane is Associate Professor (Reader) in Digital Arts at Plymouth University, co-director of the research group art and sound and Principle Supervisor in the Planetary Collegium, CAiiA-Node.