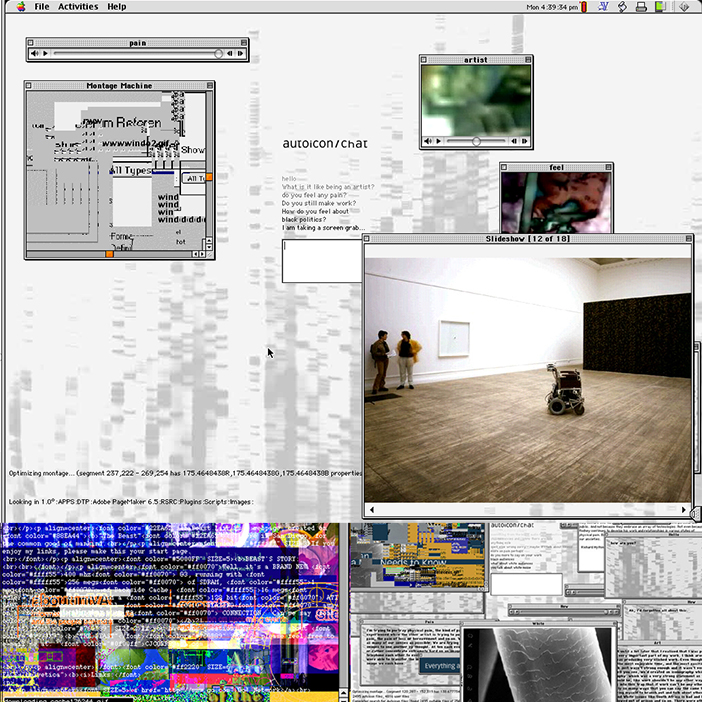 Autoicon is a dynamic internet work and CD-ROM that simulates both the physical presence and elements of the creative personality of the artist Donald Rodney who died from sickle-cell anaemia. The project builds on Donald Rodney’s artistic practice in his later years, when he increasingly began to delegate key roles in the organisation and production of his artwork. Making reference to this working process, AUTOICON is developed by a close group of friends and artists (his partner Diane Symons, Eddie Chambers, Richard Hylton, Virginia Nimarkoh, and Keith Piper) (ironically described as ‘Donald Rodney plc’ who have acted as an advisory and editorial board in the artist’s absence, and who specified the rules by which the ‘automated’ aspects of the project operate. 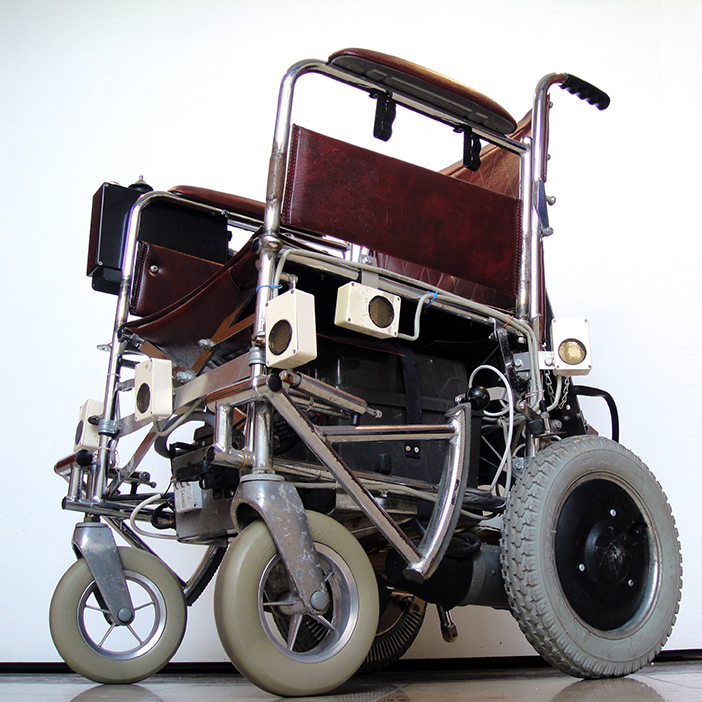 Psalms is the Autonomous Wheelchair constructed by Guido Bugmann for Donald Rodney’s “Nine Night in Eldorado” at the South London Gallery, 1997.The wheelchair uses 8 sonar sensors, shaft-encoders, a video camera and a rate gyroscope to determine its position. A neural network using normalised RBF nodes encodes the sequence of 25 semi-circular sequences of positions forming the trajectory. The control system comprises a laptop PC 586 running a control program written in CORTEX-PRO, and linked to a Rug Warrior board built around the 68000 microcontroller.
Original (with some tweaks) Psalms Code (courtesy of Guido Bugmann): 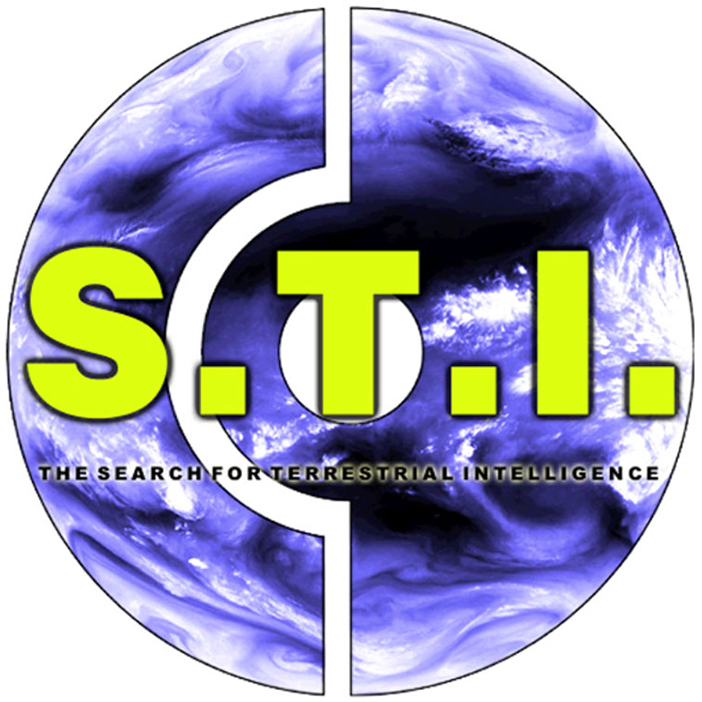 S.T.I. is funded by the SciArt programme (supported by the ACE, the British Council, the Calouste Gulbenkian Foundation, SAC, the Wellcome Trust and NESTA)., and turns the technologies that look to deep space for Alien Intelligence back onto Planet Earth in a quest for ‘evidence’ of Terrestrial Intelligence. Looking at Earth from space the project will develop processing techniques using autonomous computer software agents. S.T.I. moves beyond irony by engaging with our understanding of the ‘real world’ through our senses, whether real or artificially enhanced. Will these autonomous systems ‘know’ the ‘truth’ when they ‘see’ it? The S.T.I. Consortium: STAR, Dr Guido Bugmann, Dr Angelo Cangelosi, Laurent Mignonneau, Christa Sommerer, Dr Nick Veck. 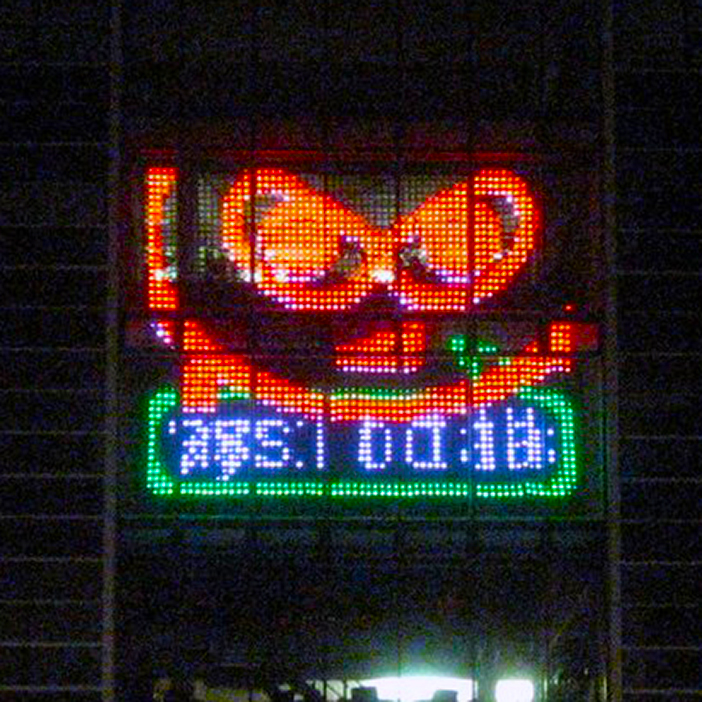 Portland Square, University of Plymouth. To talk to Noogy text: ‘noogy; and your question..’ to 07766404142. Noogy in residence is part of the Motion Plymouth Festival 2006. Noogy’s background is a little unclear. Some claim that Noogy arrived from deep space, originating somewhere off the shoulder of Orion, watching C-beams glitter in the dark near the Tannhauser gate. Others claim that Noogy grew from within the network of CAT6 Ethernet cables, silicon chips and data mines that form the core of the Arch-OS system in Portland Square. Whilst others still claim that Noogy was there all the time, waiting in the void for the digital interface that would allow his manifestation. Some say Noogy is the ‘building’, others that Noogy is just a ‘viral infection’, like a bad cold that cant be shaken. 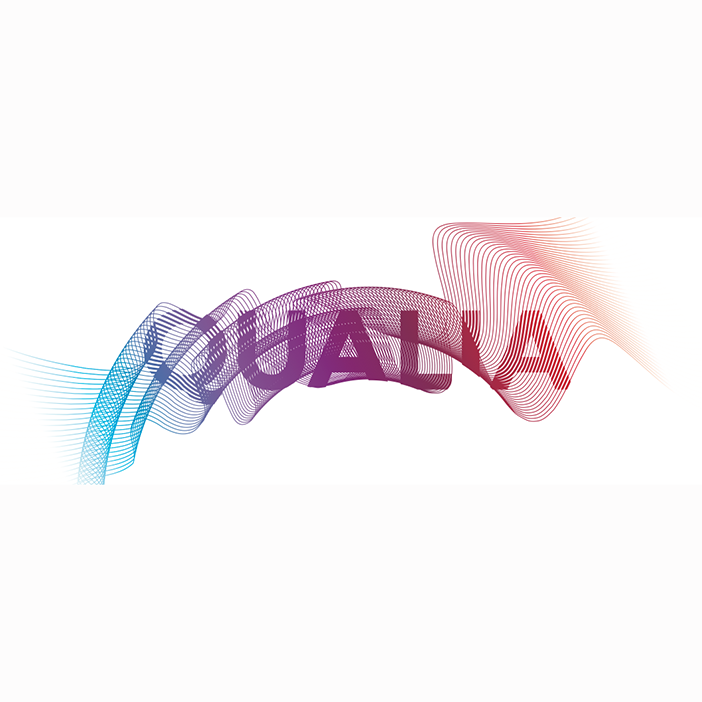 Qualia is a ground-breaking digital technology and research project, which aims to revolutionize the way audience experiences at arts and culture events are evaluated. Incorporating mobile phone apps, information pods and online analytical tools Qualia can significantly enhance your audience evaluation techniques and improve engagement. The Qualia Web Engine is a sophisticated platform with an open API that can plug into a range of platforms. It can also scrape data from existing websites for easy access to scheduling data. Qualia ‘harvests’ audience data from a range of sources, such as Social Networking API’s (such as Facebook and Twitter), venue ‘hotspots’ (audio monitoring, smile recognition and GPS tracking). Qualia captures qualitative metrics that provide feedback on how an audience ‘feels’.

This Is Where We Are (TIWWA) is an immersive and interactive algorithmic sculpture fuelled by the data we collectively generate. Engage, interact and play with the swarm algorithms that generate this dynamic digital artwork created by i-DAT working with Tate Collective London for the opening of the new Tate Modern building on the 17 – 19 June 2016. TIWWA explores: Behavioural data: individual and collective movement and touch. Sensors will capture our collective movements through the studio space / Social media data: Hashtags #Tatemodern will help collect the ideas and sentiment of present and distant audiences / Environmental data: Temperature, Co2, Humidity and Energy Consumption, captured by the Buildings Energy Management System, representing the life of the building and the collective behaviour of its inhabitants.